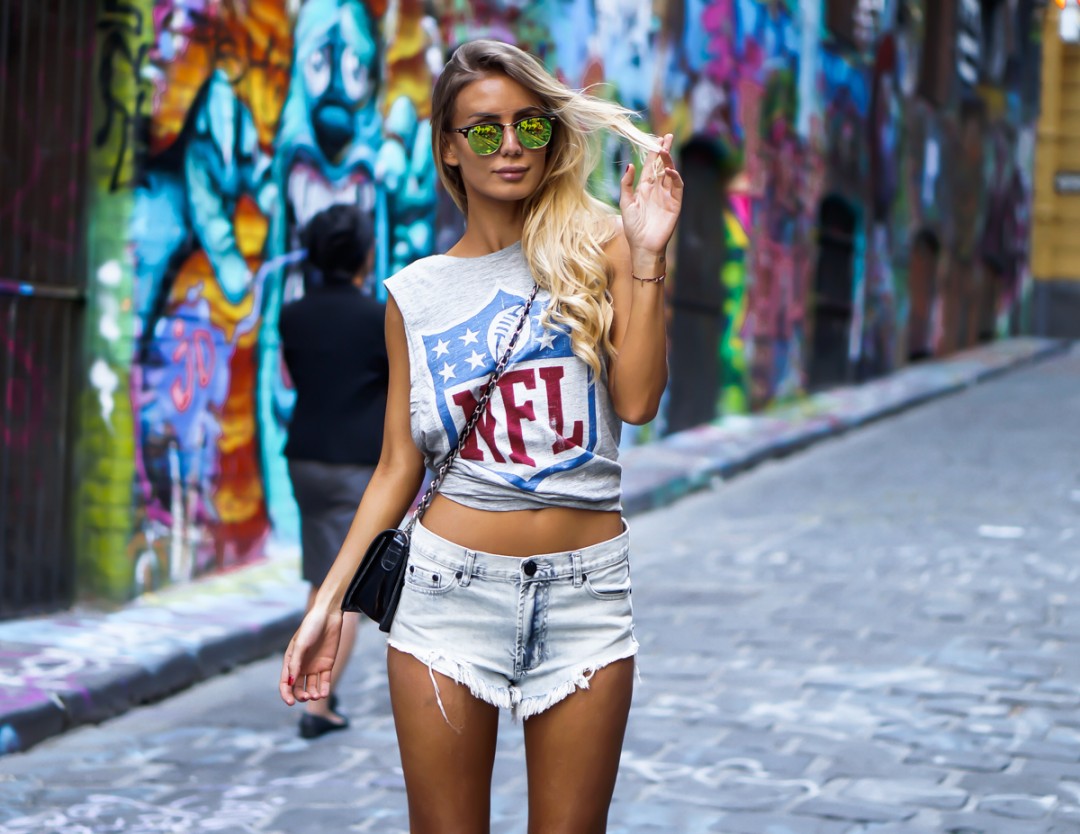 Hi peeps! I am heading back home from Frankfurt as we speak and just found some spare time to be creative again & write down some of my thoughts. Many of you have been expecting a summary of my OZ trip, this is why I really felt like doing this post about Melbourne first, even though my trip started in Sydney (which I have been planning to write about for weeks actually, haha.. ups!). Okay first, just to get a clear view about everything: my trip started in Sydney (a special Syd post is coming as well whhhooop!) then I traveled to the capital town of Queensland, Brissy (Brisbane), after that I got to see the famous Gold Coast (ozi people call it the „smaller version of Miami“), oh and by the way: Australians are called „OZIS“ (Australia>Aussie>Ozi) ..next was Melbourne and last but not least Sydney, AGAIN. I have originally planned to visit my friend Tijana and her family in beautiful Perth as well (which is also known for its amazing white and long beaches), but too many plans – so little time ..and Perth is located on the other side of Australia. EEEK!

Melbourne was so much fun, of course! I have heard so many stories about Melbourne being the best city in Australia, but people in Sydney been telling me differently, haha. Melbourne is the capital town of Victoria and is pretty huge with around 4.4 million people (second largest city in OZ). Unfortunately I only spent like 3 days in Melbs as I went there to shoot new fashion arrivals with the Tiger Mist team, so I can only tell you my very first and only impression: It is effin‘ amazzzzing! We had the best luck with weather as Melbourne is known for being super unpredictable when it comes to weather. The city itself reminds me of Europe though, except the fact that it has waaaay more skyscrapers than our cities. I felt like being in the middle of an urban jungle! My hotel (The Prince) was super nice. It is located in the suburb St Kilda, which is at the beach! Thankfully I got the chance to meet my „penpal“ and SMT babe Sarra after 2 years, who showed me and my lovely Britt around! We had the best time eating heaps of food and exploring some lovely places in and around the city (such as a cool Japanese restaurant which name I can’t remember, as well as a super cool spot for drinks with the best beach view in St Kilda, called „Republica“)  AND both girls have been teaching me funny Australian words and expressions such as „it is wup wup“ (something’s far away) or „Ozi, Ozi, Ozi – Oi, Oi, Oi“ which is a phrase they use for example at sports events. A person shouts „Ozi“ three times in a row and the crowd responses with „Oi“ three times as well. It is a sign for unity or something like that and super funny to experience, haha.

Britt and me went shopping the other day in Melbs and kind of landed in this super cool street full of graffiti and street art. (The street name is Flinders Lane, it is a very popular spot) Everyone was taking photos there and it was actually super crowded, so we were kind of lucky to manage taking some snaps without anyone photobombing, haha! (Outfit Details Below)

PS: If you wonder why my skin looks weird, weeeeell, I got a massive sunburn the first few days at Bondi Beach (Sydney) – the consequence: My skin peeled – terribly! I definitely learned from it! The sun is absolutely different in Australia.

Talk to you soon!!
X 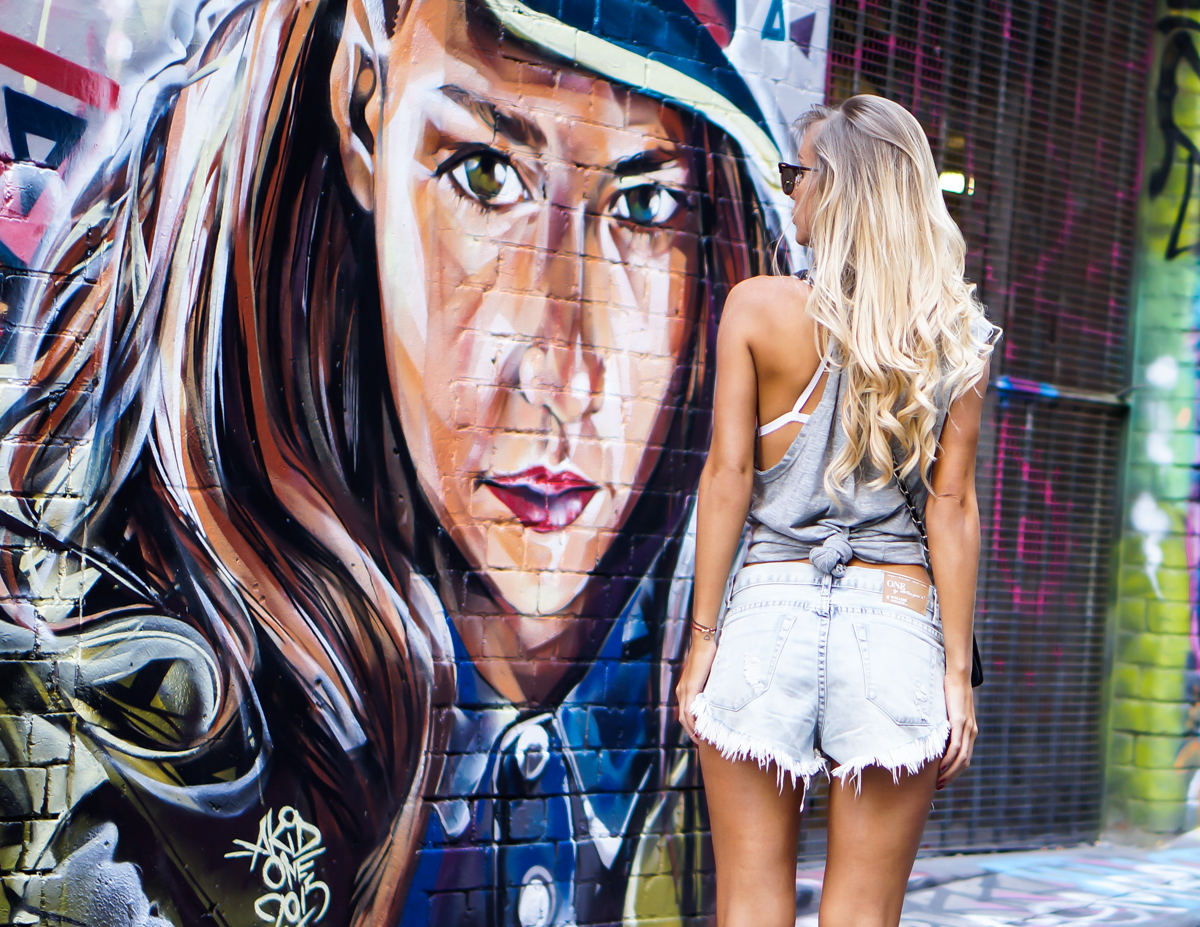 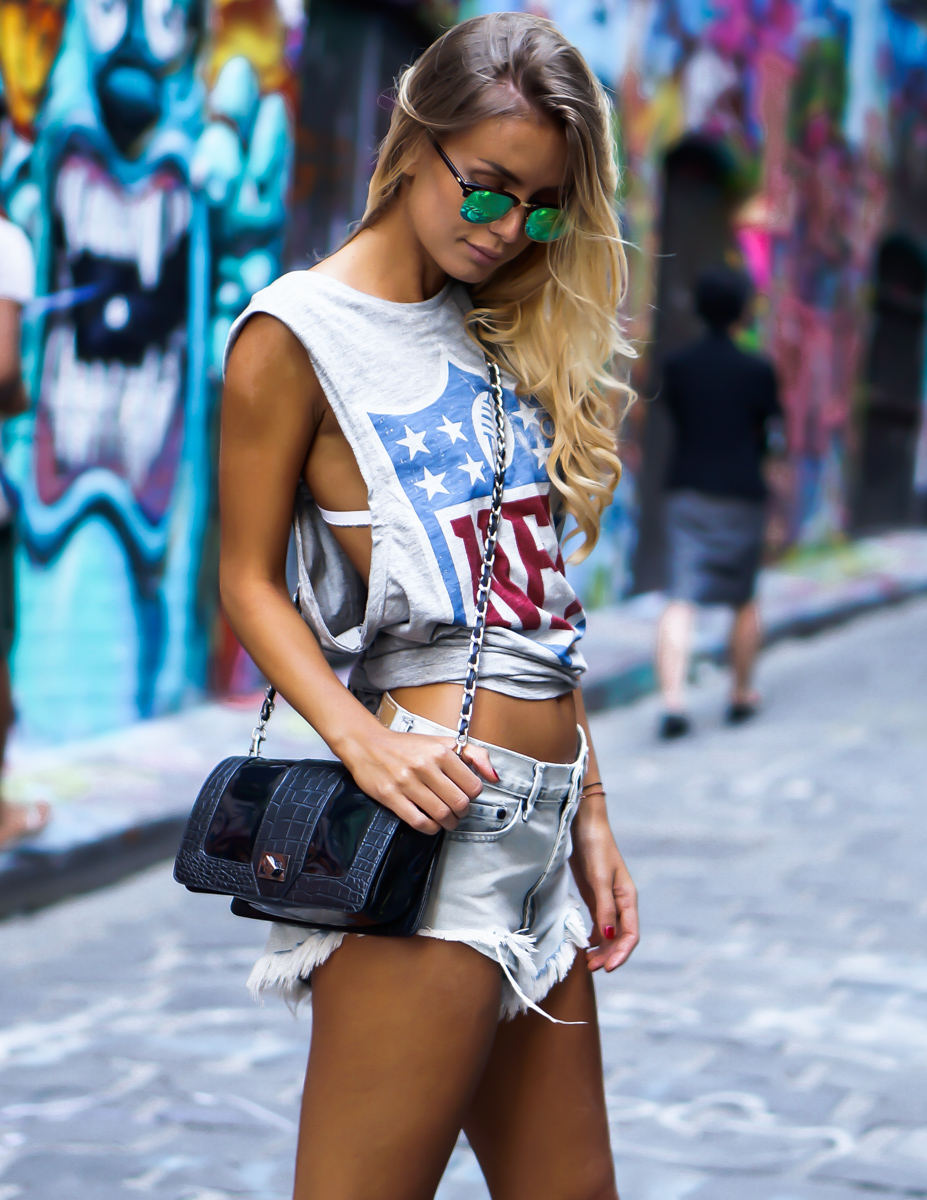 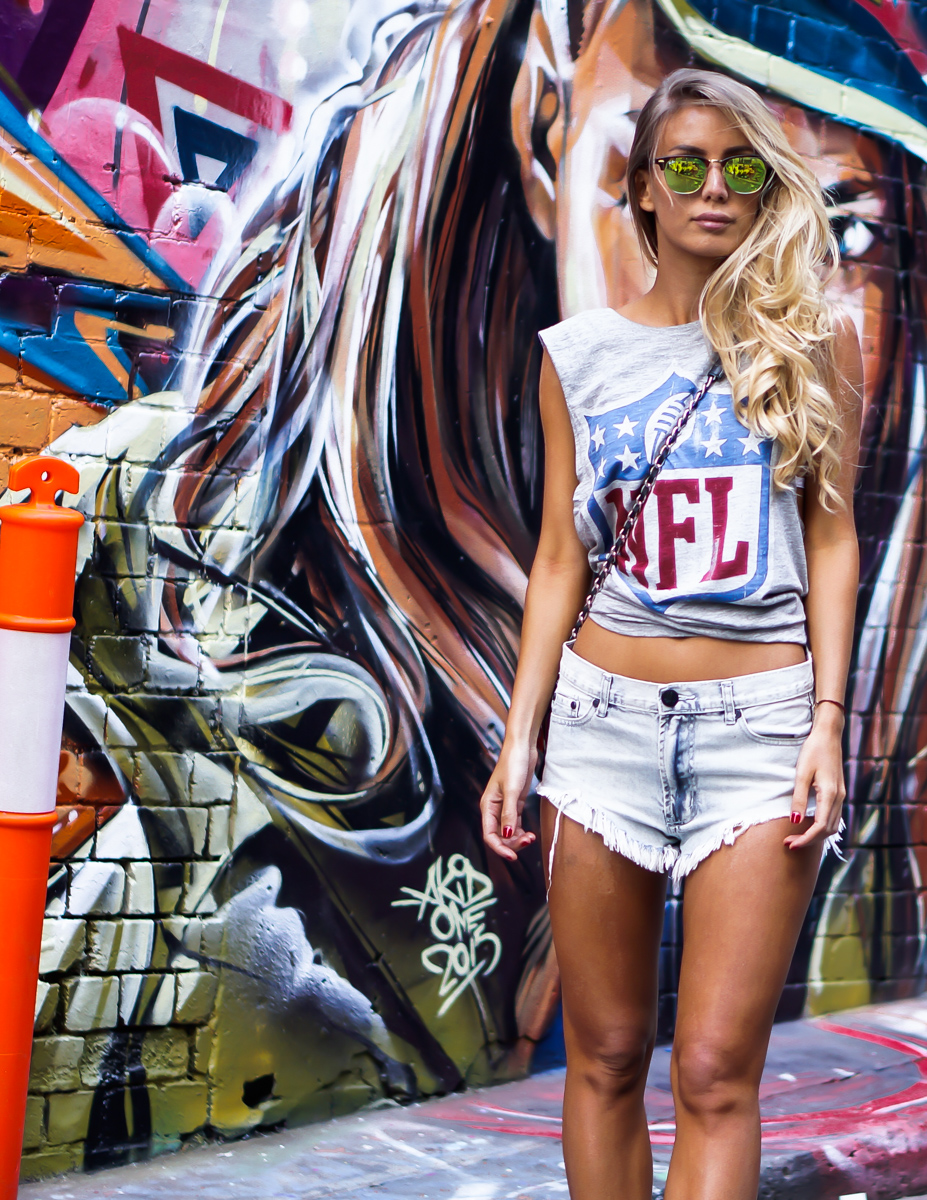 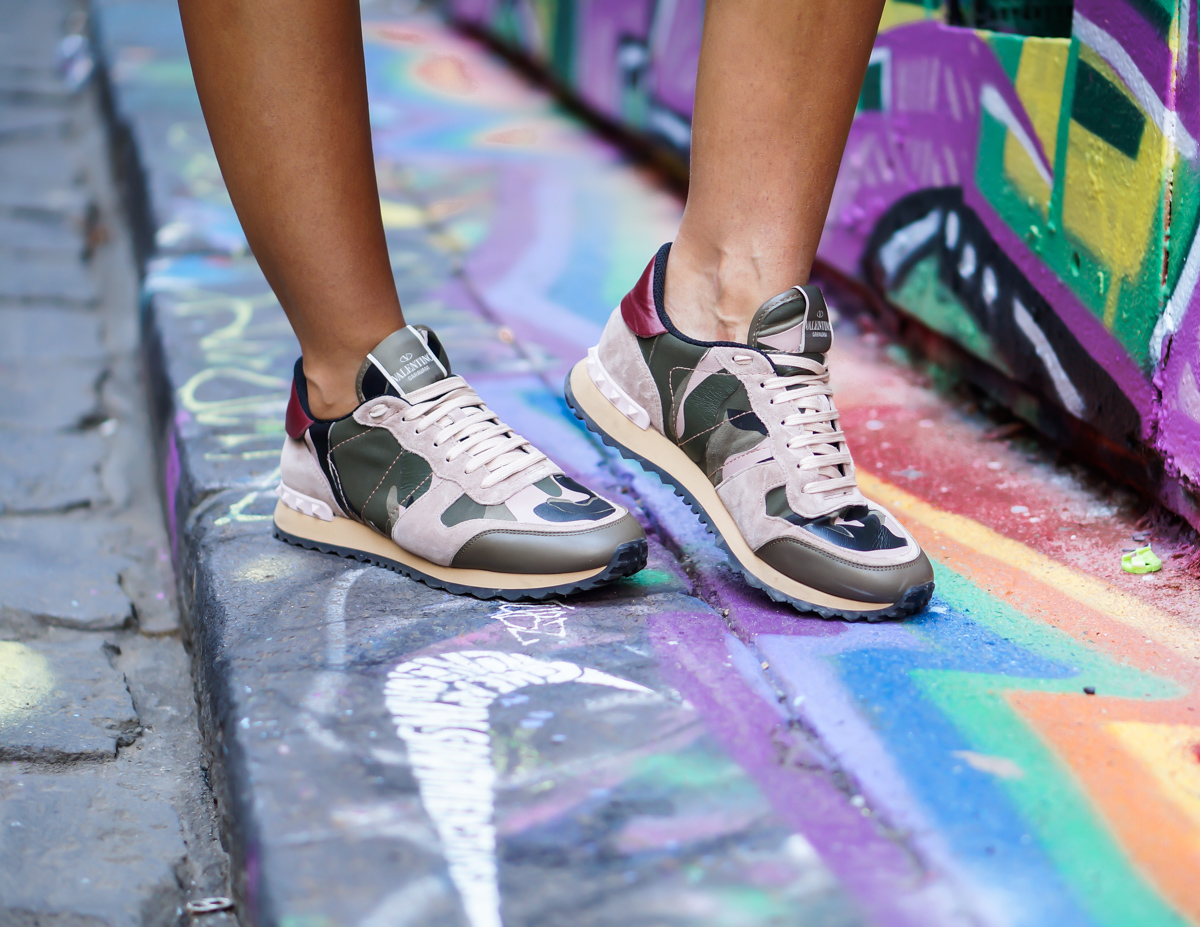 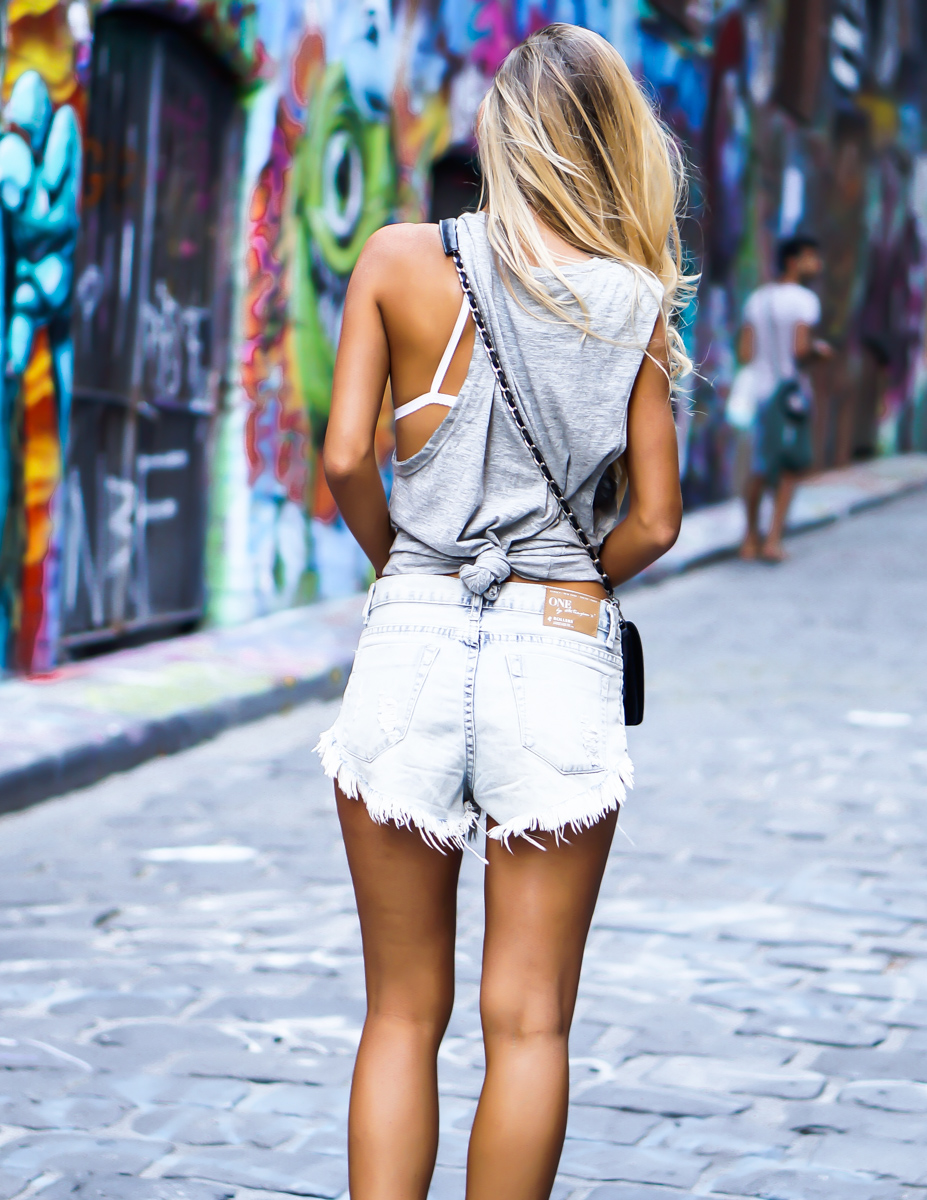 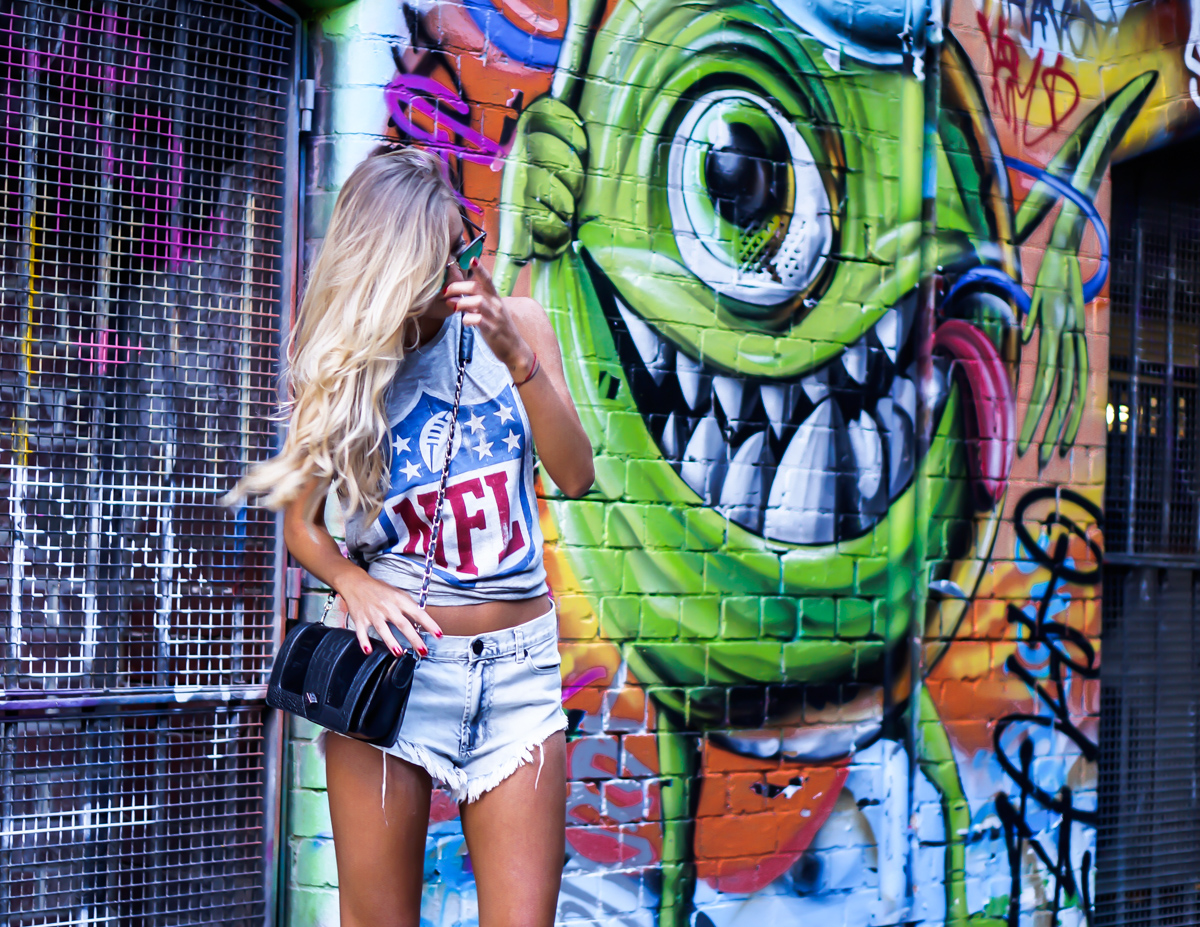 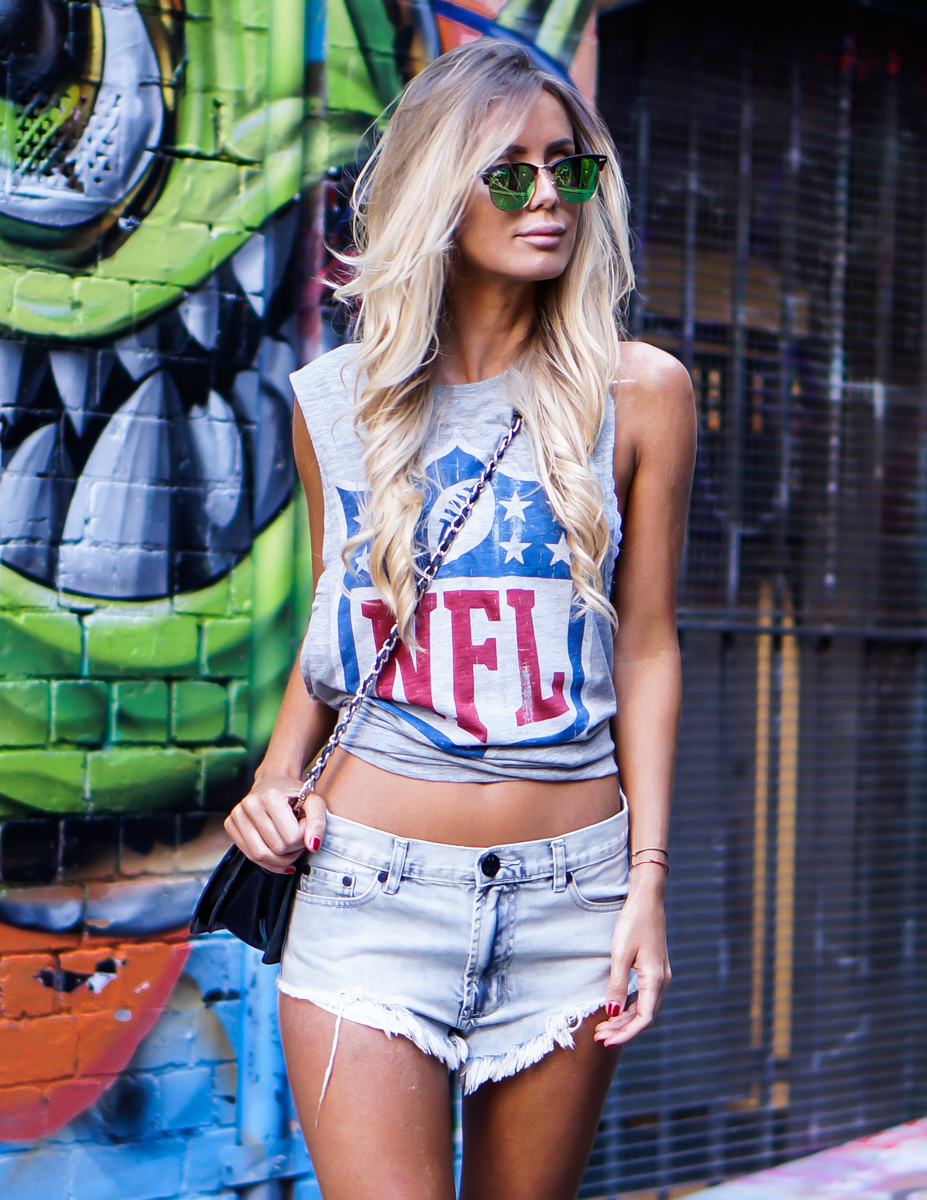 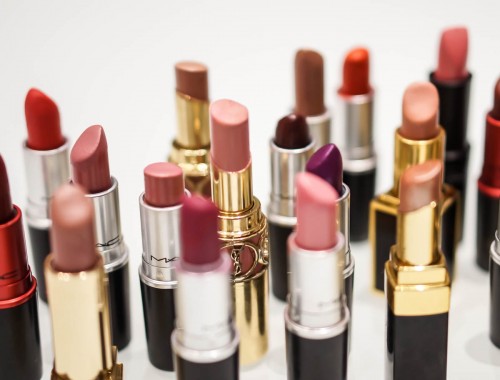 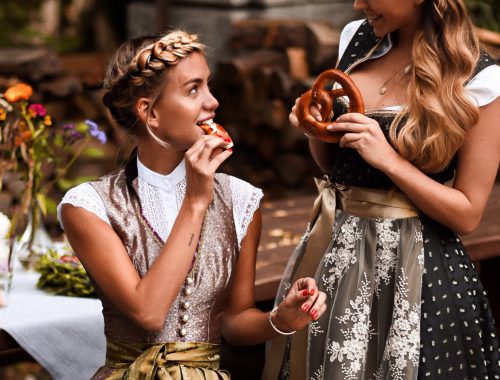